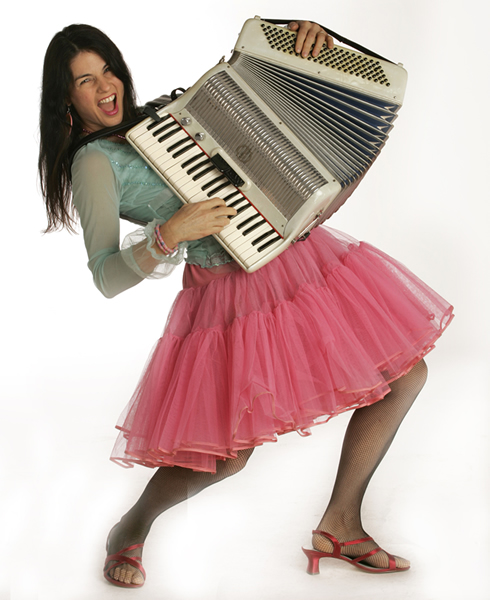 SUSIE DAVIS is a respected music educator, vocalist, keyboardist, songwriter, guitarist, accordionist, and producer. She has been a music professional for 32 years, touring and recording with some of the top names in the music world including; Van Morrison, Prince, Sheila E., Billy Idol, Daryl Hall, Melissa Etheridge, Sinead O'Connor, Pat Benatar, and Mick Jagger. In the Bay Area she has performed and recorded with Those Darn Accordions, the Rubinoos, and Gator Beat. She is currently the co-host and producer of a monthly storytelling series called That Really Happened??? in Berkeley, CA.

In 2000, Susie opened the Alleycats Music School in Fairfax, California, which rapidly earned the reputation as a place where aspiring musicians of all ages could learn in a supportive, creative and fun environment. In 2005, she moved to the East bay and currently teaches in Point Richmond and San Rafael.

Susie has also worked as director of Blue Bear School of Music’s summer songwriting camps, Music Director for many Bay Area theatre companies and schools, coach and arranger for middle and high school choirs, and as a teacher for rock and roll band and vocal classes.

“It is the beauty we create that makes me feel the most love for mankind. Therefore to me…it’s all about the arts. As a lifelong music professional, I know firsthand the joy that self-expression through music can bring. As a teacher, my goal is to give students the tools that will help them open doors to their own creativity, so that the joy of self-expression can come into their lives as well”
– Susie Davis